The second in a new series by popular urban fantasy author Kelly Meding, about an X-Men-like group of young people with superpowers who must find a way to work together.

Five months ago, Dahlia Perkins was a struggling newspaper journalist whose biggest responsibility was paying her rent on time. After learning she has the ability to absorb and deflect massive amounts of heat and fire, Dahlia is struggling to find her place as the newest hero in an established team of former Rangers freelancing their abilities in post-Meta War Los Angeles.

The team’s first major case: two discarded human skins. One is a John Doe, the other was a janitor for Weatherfield R&D, a scientific research and development firm Dahlia once investigated—and she’s itching to investigate them again. The ability to use and shed another person’s skin isn’t a power any of them have encountered before, nor something any of their former Meta enemies possess. But when a third skin appears and one of Dahlia’s teammates is nearly killed by an assassin’s bullet, it’s clear someone else besides Weatherfield is targeting the Rangers—and their killer may not be Meta at all. 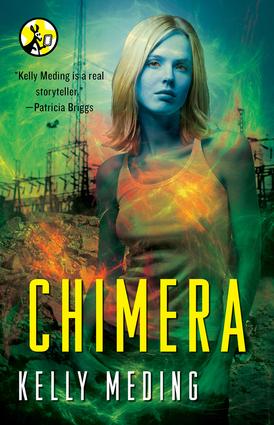 Fifteen years ago, Teresa “Trance” West was a skilled telepath and a proud member of the Ranger Corps. But ever since the Rangers were inexplicably rendered powerless at the climax of the devastating Meta War, she’s bounced from one dead-end job to another. Now her powers have reappeared just as mysteriously as they vanished— only they’re completely transformed and more potent than ever. And they’re threatening to destroy her.

Trance heads to Los Angeles to track down the surviving Rangers and discover who restored her powers—and why—but a phantom enemy is determined to kill them before they can reassemble. As they dodge his deadly attacks and come to terms with their new role as heroes, Trance and the rest of the team set out to annihilate the sinister madman... only to discover their own powers are his greatest weapons. 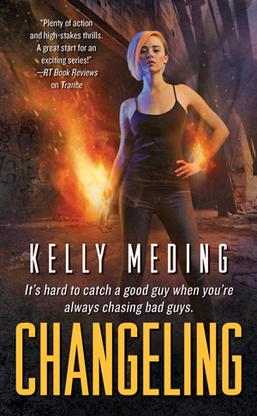 A mysterious and dangerous conspiracy deepens, threatening the superpowered Rangers and pushing Flex to join forces with one of her team's mortal enemies: a Bane called Chimera.

Growing up with blue skin never made Rene "Flex" Duvall feel like at outcast. She learned early on to put people at ease with her wit and exuberant personality. So she's certainly not going to let her façade crack when she and her teammates suddenly face a new breed of genetically manipulated and brainwashed Metas: the well-trained teenage criminals known as the Recombinants.

When a desperate battle leaves one of their friends wounded, Renee and Ethan follow a clue to Manhattan Island, where the Banes have been imprisoned. There they find a Bane named Chimera, who refuses to cooperate despite possessing information that could help them stop the Recombinants. Chimera's emotional scars are as devastating as Renee's physical scars, and soon the two find common ground in shared pain. Against her better judgment, Renee forms an alliance with this Bane. They both can gain much from working together, so the only question is who has more to lose by cooperating . . . .

The public doesn't trust them. The government wants to control them. Being a superhero has never been this hard, especially for Tempest.

Two months after the discovery of the powerful, non-Meta Recombinants, the former Rangers—Meta-powered humans dedicated to preserving the peace—have made no progress in uncovering the newcomers' origins, or convincing the public to trust them. Newly powered Metas are popping up and causing trouble, while the former Banes—Metas who harm humans and create chaos—show no inclination that they even want to leave the island prison of Manhattan. With a presidential election looming, the hot political debate is all about Meta rights—and whether they deserve to have any.

Still haunted by the murder of so many in the Meta War fifteen years earlier, Ethan "Tempest" Swift accepts an assignment in Manhattan, working with a team that's interviewing Banes to determine which are still threats and which have reformed. But Ethan has a personal reason for going to the island as well. Armed with questions for the Bane who just might be his father, Ethan's quest for answers is interrupted by an unexpected assault on the island. Forced to side with old enemies to uncover who's responsible for the devastating attack, Ethan begins to question more than just his past—he questions his place in defending a world that sees him as its enemy.

Imagine a world where battles between superheroes and villains left us on the brink of ruin--until a twist of fate robs everyone of their powers. Fifteen years later, the children of those fallen heroes inexplicably receive those powers back...as do their villainous counterparts. 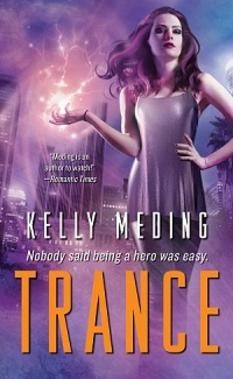 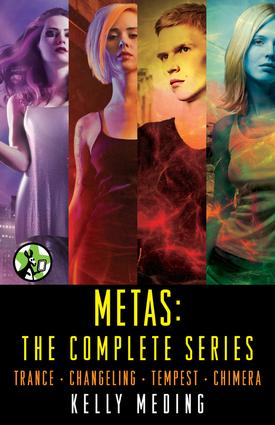 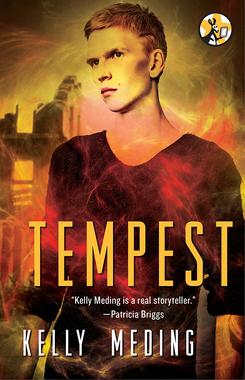