At least four times in Earth's history, the continents have come sliding together to form a single mass-a super-continent. Geologists have dubbed the most recent such formation Pangaea. Of course, Pangaea broke up a long time ago, and because it did, different portions of mankind developed in drastically different climes and circumstances. But what if we were living on one of the super-continents? What if all of humanity was confined to a single landmass . . . and had been so confined for all of our recorded history? To explore this different world, we've harnessed the imaginations of some of science fiction's most inventive writers-Michael A. Burstein, Adam-Troy Castro, Russ Colchamiro, Peter David, Kevin Dilmore, Michael Jan Friedman, Robert Greenberger, Glenn Hauman, Paul Kupperberg, Kelly Meding, Aaron Rosenberg, Lawrence M. Schoen, Geoffrey Thorne, and Dayton Ward. So come with us . . . and discover a world like none you've seen before. Discover Pangaea.

"Now Is the Hour," by Kelly Meding. A woman of the dusty plainsstate Promiza fights a tyrannical town leader in order to ensure a better future for her daughter.

My published short stories: free, solo, and in anthologies.

In ReDeus: Divine Tales, the gods returned to us.

Now, in ReDeus: Beyond Borders, see just what that means for the nations of the world—and the people living in them.

Everything has not necessarily turned out for the best, especially in some lands. Nor is it all bad. But with so many gods vying for worship, there’s some interesting jockeying going on, for lands and for people. It’s a vastly different world the gods have returned to, and their efforts to re-assert themselves have forced mortals into a complicated, ever-changing struggle to live and provide for their families.

"Evidence Of Things Not Seen" by Kelly Meding, features a Mennonite family relocated to Odin-ruled Germany, and a Japanese myth out to help them. 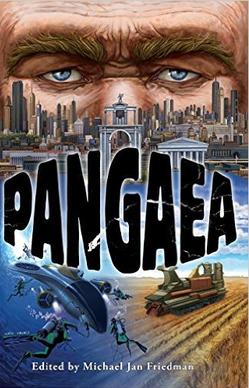 "Freak House." Featured in the Pocket Books published Carniepunk.  Available as a $.99 purchase from all digital vendors.

Kelly Meding, author of the Dreg City and Metas series, delivers a wickedly fun short story in the Carniepunk anthology—a collection of urban fantasy tales that put a supernatural spin on all things carnival.

Sheltered and raised by her gypsy mother, Shiloh Harrison has never explored the djinn heritage of her absentee father—until she learns he’s been captured by a man whose underground paranormal freak show is the latest rage among the rich and elite. 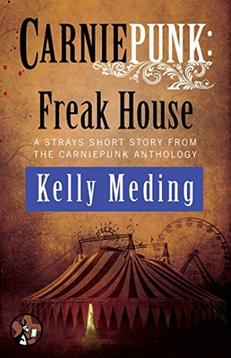 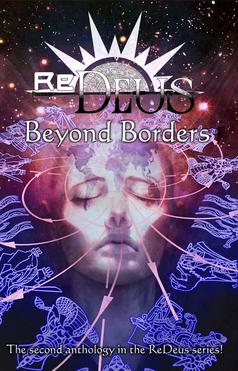